Pipe Beveling Machines: What are the Common Forms of Beveling?
Home > > News

Pipe Beveling Machines: What are the Common Forms of Beveling? 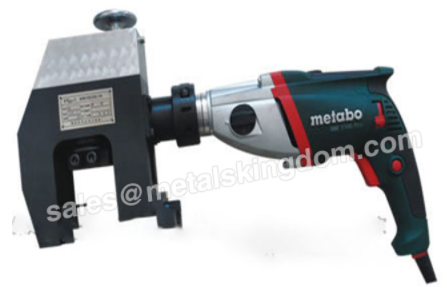 A pipe beveling machine is according to the design or process requirements, the pipeline welding parts to be welded into a certain geometric shape of the groove of a device is called a pipe beveling machine. The purpose of beveling is to obtain a weld seam that is fully welded through in the thickness of the welded part.

Before welding, the gap between the roots of the joint is called the root gap. Also known as the assembly gap. The role of the root gap is to ensure that the root can be welded through when welding the bottom layer of the welding channel. Therefore, the root gap is too small, the root will produce weld impermeability; but too large root gap, and will make the root burn through, the formation of weld tumor.

We are a pipe beveling machine supplier, please feel free to contact us if you need them!

What is the Correct Maintenance Method for Portable Pipe Beveling and Cutting Machine?